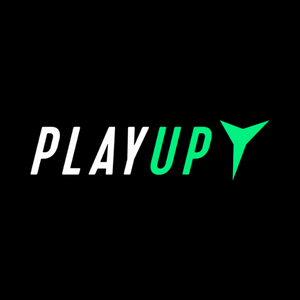 If Aussies were to pick sites that they were comfortable with, it’s a “no-brainer” that most of the selections would be based on established platforms that have garnered a reputation. However, longevity isn’t the only criterion for a good sportsbook. Sometimes, new sites like PlayUp bring just as much quality entertainment, if not better.

Launched in 2018, the brand PlayUp was in the business of purchasing other bookmaker sites like Madbookie, ClassicBet, and TopBetta. However, in 2019, all these sites were brought under one umbrella to operate uniformly under the name PlayUp.

Although it’s a new website, PlayUp is a bookmaker that knows what bettors want and has simply gone on to provide it. From competitive odds to an app that’s available across the two major mobile platforms (Android & iOS), it’s clear that PlayUp is finding its feet in this fiercely competitive market, and quickly too.

The area of licensing and regulation in Australia is a tough nut to crack due to many rules concerning iGaming and other related activities. However, you’ll be pleased to know that PlayUp adheres to the provisions of the Northern Territory Racing Commission (NTRC). Also, with this sports betting site conforming to the Privacy Act of 1988, it’s one of the safest places for Aussies to bet right now.

If you’d like to place wagers at PlayUp, here are the steps you’ll have to undergo:

Deposits and Withdrawals at PlayUp Australia

Deposits and withdrawals are focal points at any sports betting site. PlayUp does not provide plenty of payment alternatives. What it does offer is adequate security, and a list of known payment alternatives is vital to putting bettors at ease when making transactions.

We came across four deposit methods at the site – Visa, Mastercard, BPay and POLi. This is a limited number of alternatives compared to other sites. However, the options available are some of the most reputable payment providers for Aussies.

Unfortunately, PlayUp is yet to diversify its withdrawal section. Bank transfer is the only payout solution available at this site. Nonetheless, cashing out with this method, you’ll be credited within 48 hours.

Aussies aren’t provided with any sign-up offer at PlayUp. However, this isn’t a fault of the sportsbook per se. Instead, it’s a general drawback of gambling in Australia.

The issue of welcome bonuses has been a subject of debate at Australian gambling sites due to 2019 legislative restrictions by the government.

Before we get into the sports betting options at PlayUp in-depth, let’s look at one aspect they excel in – racing.

There aren’t necessarily that many events in the racing segment of the sportsbook. But what makes it noteworthy is the competitive odds available for bettors. Here, you’ll find markets for thoroughbreds, greyhounds, and harness racing with the best value in terms of odds.

The rest of the sports options at PlayUp cover all the most popular sports that exist. There are 25+ categories from which you can take your pick. Hundreds of fixtures are available at the sportsbook, and during peak season, there’s no scarcity of exciting markets to take a chance on.

Here are some of the sports you’ll find at PlayUp:

At PlayUp, bettors have access to live betting alternatives. However, there’s a catch. In Australia, it is prohibited to place live bets through a bookmaker’s official site or app. Consequently, those who wish to place bets “ASAP” have to call PlayUp’s dedicated phone line for live bets.

That said, live streaming is nonexistent on PlayUp. So, if you had high hopes of viewing your favourite events as they happen in real-time, you might want to lean towards other alternatives.